Alphabetical index of translations of Some compositions of OOthukadu Venkata Kavi

Alphabetical index of   translations Some compositions of OOthukadu Venkata  Kavi

(I am reproducing   some information  of this  great composer  from  http://www.venkatakavi.org/ovk/home/life.html   with my thanks to them. I am also giving   English translation of 99  of his compositions(Only 300  of them have  been pulished.).My aim is to make know the meaning of these  great Tamil compositions   to the  non Tamil  musicians and  Dancing artistes ) 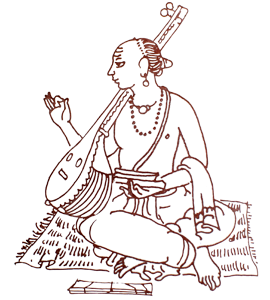 “Life
The foremost sources of information about Oottukkadu Venkata Kavi(1700-1765) are his own compositions and surviving members of his brother's family. In Indian culture and specifically the field of Carnatic music, where the history and the source of information have more often than not, been scantily documented, the primary evidence is a composer's body of works.  Any external corraborations are a bonus.
Birth and early life: As per available information (from the family tree Oottukkadu Venkat Kavi was born to Subbu Kutti Iyer and Venkamma in Mannargudi, a temple town near Tanjavur in South India, sometime in early 1700s.  Later on, they are said to have migrated to Oottukkadu, which was a small neighbouring village. Venkata Kavi lived in a very pious and culturally alive atmosphere. He is considered to have remained a bachelor and lived a very introspective and elevated life meditating upon God and music but his compositions also testify to the fact that he travelled extensively.
Divine influence: In his young days, Venkata Kavi expressed an interest to learn music from Shri Krishna Yogi. However, upon Krishna Yogi's refusal to teach him, his mother advised him to surrender himself to Lord Krshna in the Kalinga Narttana temple at Oottukkadu. Lord Krshna is said to have appeared before him and blessed him with knowledge.
Therefore, it is not surprising to find that Venkata Kavi refers to Lord Krshna as his 'divine preceptor' in many compositions. But some compositions also suggest that he may have had a human pedagogue too. Currently, around 500 compositions of this great composer have been discovered through various sources. Over 300 of these have been published by noted harikatha exponent, Needamangalam Krishnamurthy Bhagavatar (who was a descendant of the poet's brother's family) and others.
Other influences and sources of inspiration: One of the most obvious factors that have made Venkata Kavi's compositions among the greatest in Indian culture are the imprint of great personalities right from Valmiki and Vyasa to Jayadeva on him.  His compositions are a testimony to the fact that he has been deeply impacted by the lives, knowledge and exemplary attitude of numerous great devotees including the 12 azhwars, 63 nayanmars and composers such as Purandara Dasa and Tulasi Dasa.
Another powerful influence was the Bhagavata mela tradition that flourished in South India. Oottukkadu, along with Melattur, Shoolamangalam and Shalyamangalam was a major centre for Bhagavata mela. This probably would have motivated him to compose so many operas on various great personalities, as well as the Ramayana, Mahabharata and Bhagavatam. It also explains his mastery over diverse musical forms suited for music, dance, theatre as well as discourses and the emotive appeal and devotional fervor in his pieces.
Maratha presence: Maratha rulers ruled in the Tanjore region around 16th – 17th centuries and they were known to be patrons of art and culture. This might have insipired him to compose a handful of pieces in Marathi and to have employed ragas such as Dvijayavanti, Hameerkalyani and Sindhubhairavi.”