(Hear this devotion drenched  song  in the voice  of   great Maestro of  Hindusthani music-BHimsen Joshi - https://www.youtube.com/watch?v=4B8hx9Nx6q8 and in Carnatic style  in the  voice  of Aarthi Lakshmanan) 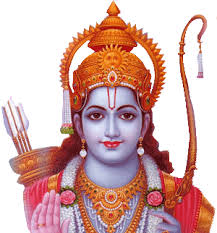 1.Oh  greatest of Raghu clan, this is my modest request

4.Breaking of sins and destroying of sorrow  ,
This   is your job,
Please  take mercy on Thulasidas  ,
And give me   charity of devotion today  ,
Oh great one of Raghu clan , this is my modest request.

(Hear this great song sung by the great MS - https://www.youtube.com/watch?v=WGVpxfpqCbc )

Pallavi
Why did you  leave   the chanting of name of Rama?

2.BY getting   attracted  by this  false world,
Why did you   leave telling the   real word?

3.You took  great care of a  simple paisa (shell),
But did not  bother about the   great  red gem?

4. It is that thought which  would give you  great pleasure ,
Why did you leave   that  thought?

Par Kadalalai mele
(On the waves  of the ocean of milk) 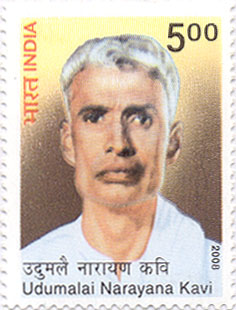 (Though  this great Krithi  describing the  Dasavatharas  of Vishnu   was written in mellifluous Tamil  for  the picture  Raja Desingu,   the Carnatic music fraternity  made it their own with great  enthusiasm. It is also a very popular   dance number .Hear it sung by Smt  Sudha Raghunathan  (https://www.youtube.com/watch?v=_hydNczw_o8 ) , and watch   the great  dancing star Padmini dance   for it  , with the song dung by   the legendary  Smt.M.L.Vasanthakumari  (https://www.youtube.com/watch?v=di42rx-U7oo )

1.Oh Ranganatha   who lies   down on the  bed of  snakes  on the waves of ocean of milk,
Oh God,   give us  wisdom   to search for  your lotus feet daily  and  to get salvation with ecstasy.

3.When the Devas  and  Asuras   churned   the ocean to  get nectar , for lifting the  Mandara  mountain,
You took  the form of a turtle with a curved  hard back so that   your fame  would  increase.

4, When  Goddess earth   was hidden  by that  evil one Hiranyaksha   who is a  great sinner,
Inside the seven oceans and when she cried”Oh saviour of the suffering , Oh saviour of  the soul “,
You took the form of a boar and lifted  the entire earth.

5. When his son hearing the words of  Hiranya  “Where is  he , Where is he” stopped him in the middle ,
And said, “He is everywhere, He is here in this pillar  and that pillar “ , to remove the problem caused ,
You  took the incarnation of Narasimha  , rose  with great anger from there, with  a very gigantic body,
Displayed his belly   and intestines , stood up   , tore   with your sharp  claws  his  flesh apart   and after  eating it  ,
Stood there  spilling  his blood all around, Oh lord  who carries the conch and the wheel and who is  the basis of everything.

6.Oh Lord Vamana  who came asking for  three feet of earth  , then measured earth by one one feet  , heavens by one feet   and Then measured  the head of Mahabali,
Oh Lord  who became Parasuramsa the enemy of solar dynasty  due to the  taking away of the  soul of your father.

7.Oh Lord who incarnation of Dasaratha Rama ,  released devas from prison   and killed Ravana  and others,
Oh  Balarama  who got great fame in the earth   and who stood carrying   the  farmer’s plough  in his hands.

8.Oh Who look who  took birth  in the Rohini star  and Ashtami thidhi  of  AAvani month (August-September) ,
Who is   the  Yasodha’s  darling of Nanda   who   went in the  home of  Cowherds  ,
Who enjoyed company of ten thousand gopis  , who conducted  the Bharatha  war to lighten the buden of earth,
Who is  Gopalakrishna , Who is the primeval root   and who looks   after  all.

9.Being  summoned by  Kali  age , which  is the stage  of the  people  who are not scared  to do,
The five type of evil acts  , unnecessary arguments , Terrible cheating  and  creating enmity among friends ,
For making  Dharma  grow luxuriously  , you took the  friendly incarnation of Kalki ,
Oh  Lord who is very pretty  , you   are  all the ten incarnations.

Posted by Raja Thatha at 7:08 AM No comments:

By
Kavinjar  Vali
Set to tune and sung  by Ilaya Raja 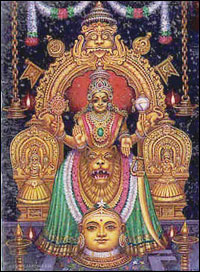 (This great song from  the tamil Picture  Thai Mookambikai   brings tears   on ILayaRaja when he sings it and also   brings tears  in the eyes of all devotees , who happen to hear it.)

1.Shivah shakthya yukto yadi bhavati shaktah prabhavitum
Na chedevam devo na khalu kusalah ahspanditum abi
Athasth tvam aradhyam Hari-Hara-Virinchadibhir api
Pranantum stotum vaa katham akrta-punyah prabhavati
1.Lord Shiva, only becomes able.
To do creation in  this world.
along with Shakthi
Without her,
Even an inch he cannot move,
And so how can, one who does not do good deeds,
Or one who does not sing your praise,
Become adequate to worship you
Oh , goddess mine,
Who is worshipped by the trinity.